Your browser is outdated.

Your browser is outdated, update your browser for more security, speed and the best experience on this site.

The goal of the competition, developed by Rutherford County technology professionals and educators, was to introduce students to the vast array of opportunities within technology-related careers. Student awareness of IT careers is critical since it’s estimated that across the United States, 1.8 million tech jobs will go unfilled by 2024, according to a CompTIA 2017 Cyberstates report.

Sixth and seventh grade participants, with the support of a sponsoring teacher, were charged with developing a solution for an environmental problem facing Tennessee. “By creating a fun, problem-solving competition centered around subjects that students care about, our tech council hopes to spark an interest in working with technology and data for young students,” stated Dr. Charlie Apigian, MTSU Data Science Institute co-director.

Participants developed a resolution to a well-researched problem, created a notebook and recorded a video pitch over the course of seven weeks as part of the project. The contest culminated in a shark tank style presentation to a panel of local industry partners for a chance to win cash prizes and awards.

During a small “TECH Talk” before final presentations, Dr. Apigian posed the question of what technology changed our lives forever in 2007? After a few student giggles and the realization many were born that year, one student excitedly answered “the iPhone!” During further discussion, students responded with ideas on what technological advances would be commonplace in the future.

After a few student suggestions ranging from a bed that could wake you up in the morning to folding digital screens, students started the shark tank style portion of the competition. Parents, teachers, and undercover judges viewed student exhibits featuring poster boards and prototypes. After judging exhibits, the panel of shark tank judges watched video submissions and started their questioning for each group. Contestants were quizzed about the cost of production, expected profits, their target audience, how they developed their solution and more.

Wylene and Cici from team Pond Scum stated their team decided to battle duckweed because it’s invasive and causes harm to other organisms living in the water. “There would be a tight netting on the back of a boat that would collect the duckweed, and it can be fed to farm animals. That would offset the cost of purchase,” stated Cici when pressed for answers around cost by one of the judges.

Sofia, Maddie and Audrey shared that their team Sewer Solvers first considered global warming as a problem to tackle but then decided to focus on the source of a problem. They landed on filtering trash from sewers. “We wanted to start with something that would have a big impact in the beginning and looked at what was polluting rivers. A lot of trash ends up in rivers and that’s because it gets into the drains. That’s how we decided on our solution,” they explained. When asked about data collection capabilities from their invention the students stated “sensors within our collection buckets might be able to tell us if the weather changes how much trash gets into the drain, or if there is more trash during certain times of the month or year.”

When asked a light-hearted question about what they found most fun about their project, Isabella and Josiah from team Water Ravens stated “building the model was really fun. Making the fan and putting it all together was really enjoyable.” They developed a device similar to an automatic vacuum that would purify polluted water.

“Over 100,000 fish in rivers are killed due to water pollution,” stated Eugene from Swirl Industries. “We thought that was something important to try and fix.”

First, second, and third place winners also took home cash prizes for their school programs in the amounts of $500, $250 and $100 respectively.

About the Rutherford County Chamber of Commerce and Rutherford Works
The Rutherford County Chamber of Commerce is a nonprofit organization dedicated to providing leadership to help create the best possible place in which to operate business, while promoting the region as a desirable place to live, work and visit, through a wide variety of programs and initiatives. Rutherford Works efforts focus on bringing businesses and education partners together to ensure a strong and diverse economy through education and workforce development. 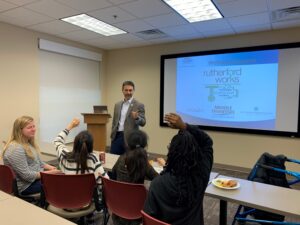 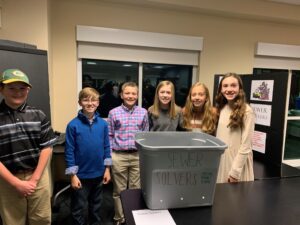 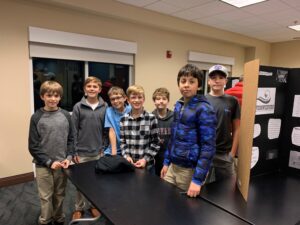 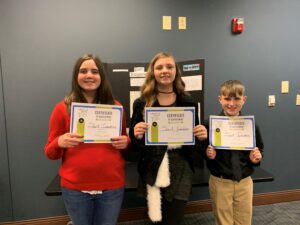 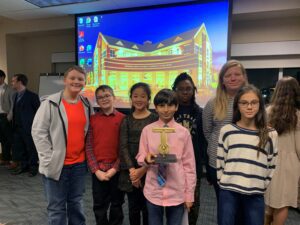 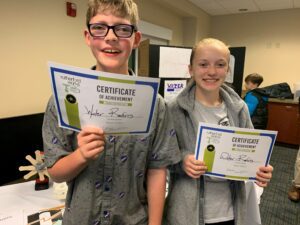